The DS-DAC-10R contains a DSD phono equalizer that restores all of the sound that went into cutting the record, while minimizing any effect of the equalization process used to cut the original vinyl record. In addition to the standard RIAA curve, five other curves (*3) are also supported. Phono equalization can be applied as you record, or when playing back an un-equalized DSD recording made from your vinyl sources. This versatile cutting-edge technology lets you appreciate the true power of vinyl records in a way until now impossible—even on high-end audio equipment.
*2. The record lathes used in the process of producing vinyl records cut a wider groove as the frequency of the sound becomes lower; this makes it difficult for the needle to accurately trace the groove during playback, and also decreases the recording time. For this reason, the record being cut is equalized to attenuate the low-frequency range and boost the high-frequency range, and the opposite curve is applied during playback. This compensation is applied by the “phono equalizer.” Since record players have a lower output level in comparison to most audio devices, it is necessary to boost the signal, and the phono equalizer typically performs this role as well. However on the DS-DAC-10R, the amplification is handled by an analog circuit and the equalization is separately performed using digital signal processing (within AudioGate 4).
*3. RIAA is the standard recording/playback equalization curve for records defined by the Recording Industry Association of America. It became a standard in 1954, but prior to that date there was no standardization between the various record labels. Since the curve is not indicated on the records themselves, it’s not possible to know which curve was used to record a given record; however it is said that nearly all records can be covered by the RIAA curve and five other curves. Try selecting different curves in AudioGate 4 and enjoy the resulting changes in tonality. 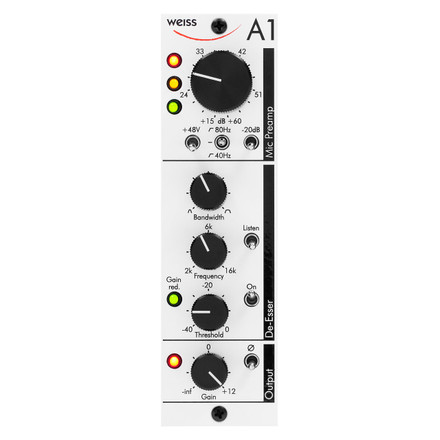 Saracon - a versatile multichannel file format and sampling rate conversion tool of utmost sonic quality and unprecedented conversion speed. All standard sampling rates between 44.1kHz and 384kHz are supported, including DXD and DSD. DSD in both 2.8224 MHz and 5.6448 MHz variants. POW-R dithering is also standard procedure of course.