If you encounter any issues, you can always contact us by navigating to Help > Report an Issue. 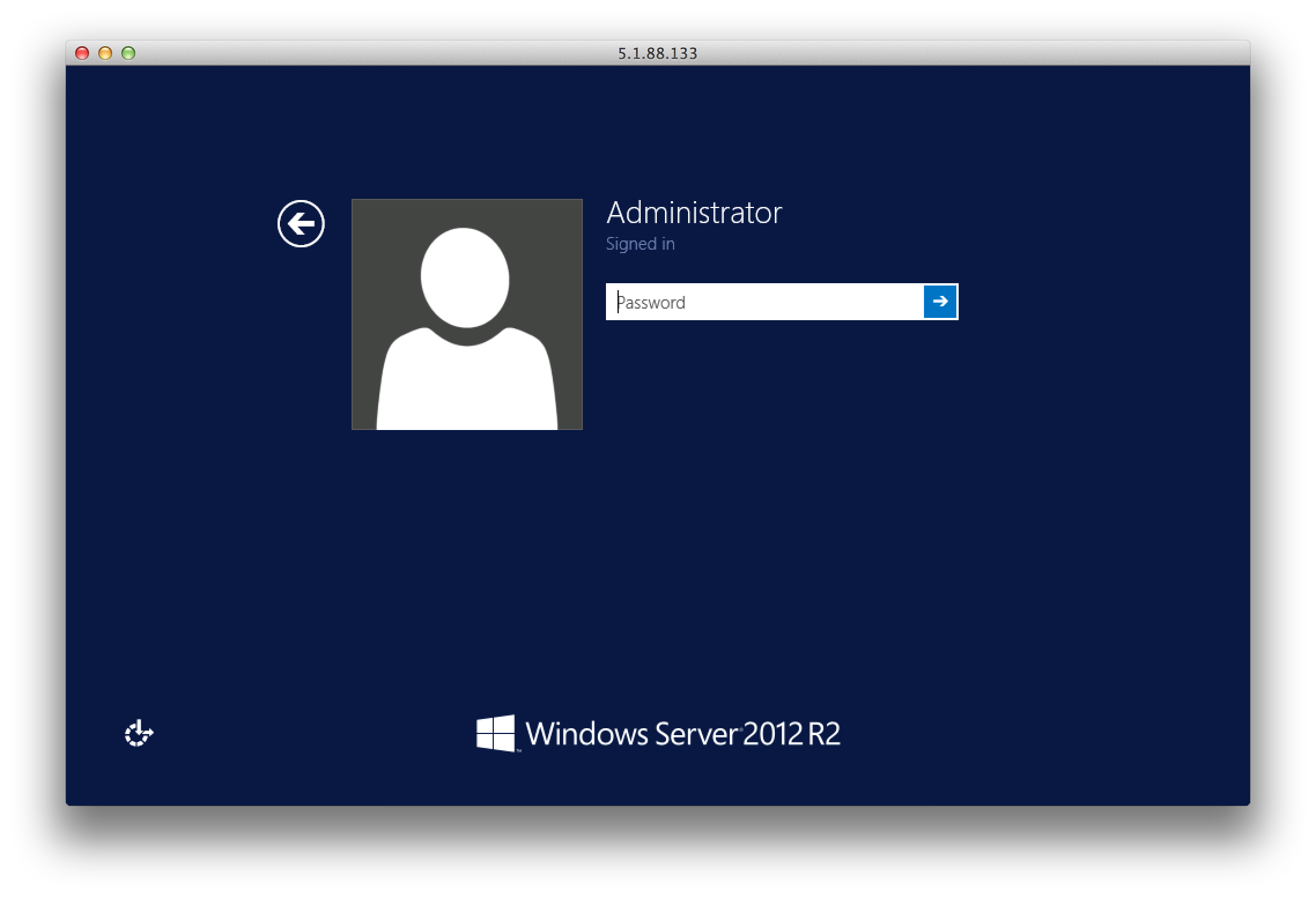 In this release, we've made substantial updates to the underlying code that powers the Remote Desktop experience across all our clients. We've also added some new features and addressed bugs and crashes that were showing up in error reporting. Here are some changes you may notice:

Thanks again to everyone who reported bugs and took the time to help us diagnose problems!

In this release we've made some changes to improve interoperability with the Windows Virtual Desktop service. In addition, we've included the following updates:

This is the last release that will be compatible with macOS 10.12.

With this update, you can switch between Scancode (Ctrl+Command+K) and Unicode (Ctrl+Command+U) modes when entering keyboard input. Unicode mode allows extended characters to be typed using the Option key on a Mac keyboard. For example, on a US Mac keyboard, Option+2 will enter the trademark (™) symbol. You can also enter accented characters in Unicode mode. For example, on a US Mac keyboard, entering Option+E and the 'A' key at the same time will enter the character 'á' on your remote session.

Other updates in this release include:

In our final update of the year, we fine-tuned some code and fixed the following behaviors:

In this release, we addressed an issue that created zero-length files whenever you copied a folder from the remote session to the local machine using file copy and paste.

We made this update with the help of everyone who reported issues. In this version, we've made the following changes:

In this release, we now accept feedback for the Mac client only through UserVoice.

We've been hard at work listening to your feedback and have put together a collection of bug fixes and feature updates.

We've put together a feature update and fixed bugs for the 10.3.3 release.

Next, the bug fixes:

In this release, we fixed a bug that made the display low resolution while connecting to a session

We've put together some fixes to address regressions that managed to sneak into the 10.3.0 release.

It's been a few weeks since we last updated, but we've been hard at work during that time. Version 10.3.0 brings some new features and lots of under-the-hood fixes. 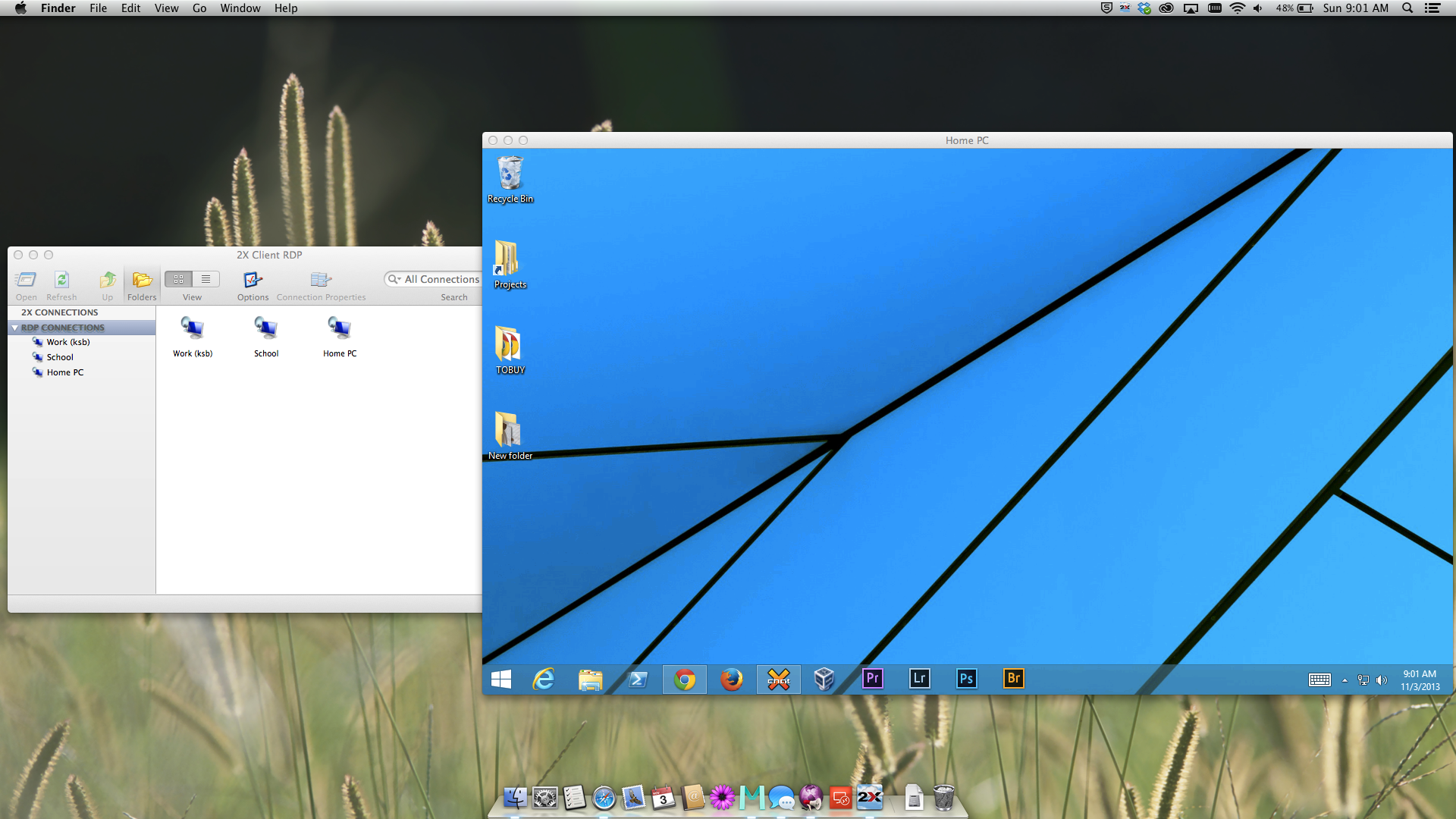 There is a bug in macOS 10.14.0 and 10.14.1 that can cause the '.com.microsoft.rdc.application-data_SUPPORT/_EXTERNAL_DATA' folder (nested deep inside the ~/Library folder) to consume a large amount of disk space. To resolve this issue, delete the folder content and upgrade to macOS 10.14.2. Note that a side-effect of deleting the folder contents is that snapshot images assigned to bookmarks will be deleted. These images will be regenerated when reconnecting to the remote PC.

Looking for the best remote desktop app for Mac running OS X Mavericks? Look no further because here we are going to explore 3 of my favorite ways to remote into Windows machines from Mac.

When I purchased my first Apple computer (13″ Macbook Air) early in 2013, I found myself searching for the best application to remote into my Windows computers and servers.

With the need for me to be able to quickly remote into a variety of Windows servers, I wanted an RDP client I could use on my Mac that would give me a great experience.

At work we typically suggest Microsoft’s Remote Desktop for Mac to our Doctors and staff when they come to us for assistance with setting up VPN and remote access into the hospital.

But Microsoft’s Remote Desktop for Mac isn’t the only application available.

Since I work heavily on Windows machines, there were a few essential requirements I was looking for to help my overall daily workflow:

Coming in at # 1 for my favorite remote desktop client for Mac is Microsoft’s Remote Desktop for Mac.

Microsoft had recently made version 8.0.0 available. This version really has stepped it up a notch from their previous version.

Performance is not an issue for me during my tests.

Yes, you can manage multiple systems.

One of the biggest notable changes I found with this version over the previous is the fact that you can save client servers/sessions. This was important to me since I have a wide-range of servers that I need to connect to at any moment.

None as of this writing.

Coming in at # 2 on my list is 2X Client for RDP/Remote Desktop.

I have to be honest and say that I haven’t given this one a full blown test as of yet. However, I have used it many times on IOS devices and has worked well. I did install it for my testing here in this article and overall was a nice experience.

I would have to rank this one a close 2nd to Microsoft’s client.

Overall performance was not an issue for me during my tests. 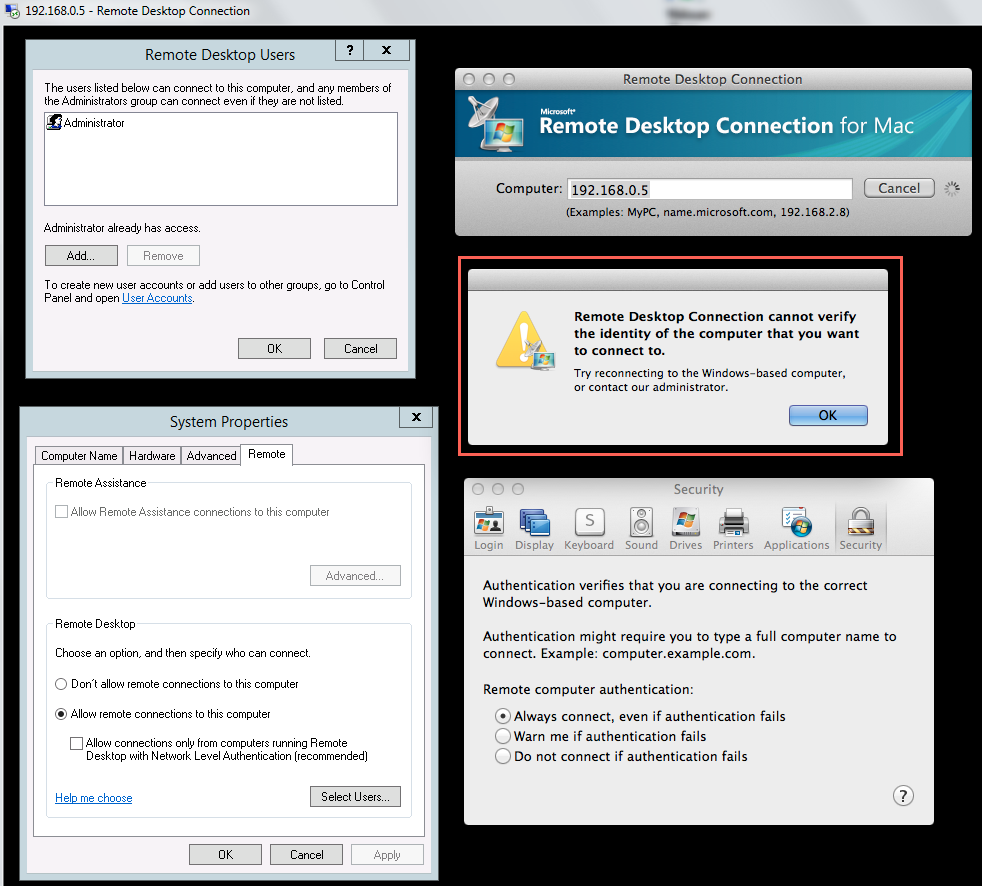 Yes, you can manage multiple systems.

A small issue I see (and probabaly not an issue for most) is the Windows Snap feature. It seems to be a ‘hit-and-miss’ when I try to snap a window to the top of the screen.

As you can see in the video, I have installed CoRD on my Macbook Air running 10.9 OS X Mavericks and it does work. Maybe there are some bugs that I am not aware of but overall it does seem to run OK for me.

Overall performance for me was not an issue during my tests.

One thing I really do like about CoRD is the option to view all remote sessions in one window. This really saves space on your desktop and makes it a breeze to switch between the different sessions.

CoRD doesn’t appear to work with NLA (Network Level Authentication). This is a problem for me since a lot of the servers at work are now configured to use NLA, I simply get an error saying: “The requested session access is denied” when I try to connect.

As with CoRD, another issue is the Windows Snap feature is a hit-and-miss.

In the end, all three of the applications worked well. The major downside for me with CoRD is the fact I am unable to connect to servers with NLA enabled.

For now, I will continue to use Microsoft Remote Desktop for Mac.

I will update this post and/or comments below with any updated experiences (good or bad).

What do you use on your Mac to remotely manage Windows machines?