Now You Can Play PS4 Games on iPhone and iPad

Sony decided to release a PS4 remote play app for iOS, which means the days of questionable remote play are over! 4,5 years after being launched on Android and other platforms, PS4 remote play is now available on iPhones and iPads with the PS4 6.50 update. It’s quite strange that it took so long for Sony to finally release it on iOS, but better late than never, isn't it? In order to play, you need to have: iPhone or iPad, a stable Internet connection (WiFi is good to go), remote play device, and, of course, your favorite PS4 game. All users have to download PS4 Remote play app and then connect consoles via WiFi or manually. The app will display your PS4 home screen and give the full access to your game library. Previously, iOS users were desperate to stream their games using third-party apps such as R-Play for the price of $12. The new app is totally free and available at App Store. As with the other platforms, the idea of the remote play application for iOS is to let you enjoy favorite games “on-the-go” on your mobile device, using on-screen overlay buttons. Unfortunately, Sony confirmed that you cannot use Dualshock PS4 Controllers that come with the console. Instead, users may consider a third-party option. It’s a good start for iPhone. However, lacking access to the Dualshock makes Android and Mac and other platforms better options, at least at this stage. 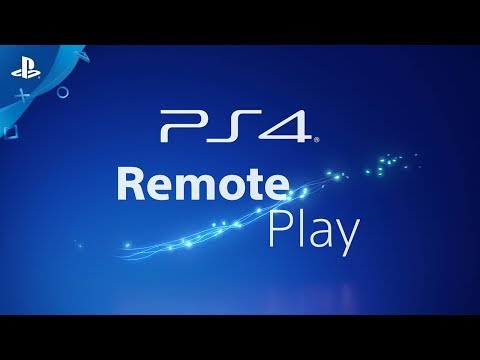 When game consoles like Playstation and Xbox first came into existence, people hardly wanted to do anything else with them other than playing games. Not anymore. Today, the new age devices like PS3, Xbox 360 and Kinect go beyond their primary offering. You can watch TV and movies using them, connect them to internet to do other things…they are much more than just game consoles now.

Sophisticated gaming machines like the PS3 have multiple capabilities. If you are a Windows user, you have got the Windows Media Centre that is able to push media to your PS3. It isn’t that difficult really.

Not for Mac users though.

That’s why I have put together this how-to that guides you through the process of streaming your media library from your Mac to Playstation 3.

Time to Get Started

Step 1: The basics – you need an Apple computer (obviously), a PS3 (obviously again), a wireless router, and an internet connection.

Step 2: Download PS3 Media Server for Mac. This is the software we will use to get the job done. It’s available for free on CNET’s download.com.

Step 3: Once you click on “Download Now”, the download will start immediately. After its done, locate it in your downloads folder, and open up the file. It will be named “pms-macosx-1.20.409-BETA.dmg” by default.

Step 5: Turn on your PS3 and just leave it on the home screen. This ensures that it will be recognized by the media server program once it is opened.

Step 6: Locate the PS3 Media Server icon in your Applications folder. It won’t have the PS3 icon at the moment, but go ahead and click on it anyway. When the following window pops up, press open.

Step 7: Once the PS3 Media Server detects your Playstation console, a picture of the PS3 will show up in the main window, as shown below. If it doesn’t show up after a minute or so, navigate to the video tab on your PS3 menu and select “Search for Media Servers” to ensure that your computer and Playstation 3 are connected.

Step 8: Now, it is time to choose the folders containing the files on your computer that you wish to access on your PS3. Select the “Navigation/Share Settings” tab and click on the green plus sign, underneath the Shared Folders heading.

Step 9: Select as many folders as you want and add them to the list of shared folders. The folders in that list, and the files within them will then be directly accessible by your console.

Step 10: Look under the Video section of your Playstation’s menu for the PS3 Media Server icon, within that folder will be the shared folders that you specified in Step 8.

Step 11: Simply clicking on a file will initiate video playback. Reverse, rewind, pausing and chapter skipping are all supported functions. Subtitles work, but they are pretty buggy, and disrupt the overall viewing experience.

In my experience, this program works really well. Video quality is decent and it can play HD movies with little to no stuttering. For a free media streaming program, you really can’t ask for more than that.

So, get some popcorn and coke, and use your PS3 to watch a movie from your Mac. And lets us know how it worked.

The above article may contain affiliate links which help support Guiding Tech. However, it does not affect our editorial integrity. The content remains unbiased and authentic.Also See#ps3 #streaming

HD-DVD and Blu-ray technology were introduced in 2006.