On the Mac OS, you can take screenshot in the part or in the whole using Command+Shift+4 without using the LighShot software. However, if you are using the Retina screen, you will receive a picture with the double size, and the picture size is very large.You need to use another tool to reduce the size of the photo file, which is really inconvenient.

If you’re looking for a simple app to capture, edit, and share screenshots, Lightshot fits the bill. Lightshot is a screenshot tool that allows you to capture a customizable image of your screen with options to easily share or upload it. It is a multiplatform program supported by Windows, Mac, Firefox, Opera, Chrome, and Internet Explorer. The lightweight and simple user interface makes it a popular tool to quickly capture a screenshot and do so much more before instantly uploading it to the cloud or sharing it across Google + or social networks like Facebook or Twitter. Capture the full screen or a selected window, and let the PrtScr key screenshot the image to upload to prntscr.com and get a short url. The speed and ease of use make it useful for remote collaboration on team projects.

The fastest screenshot app on the market

Lightshot is an excellent screenshot tool and arguably one of the best on the market. In fact, the Lightshot 2.0 free version has earned awards and contains the same core engine as Sagelight, enabling several editing functions simultaneously. It is not without its flaws, however. Let’s cover the positive aspects of this cutting-edge program.

Firstly, it is extremely lightweight. Download it in just mere seconds. Taking up very little space on your computer, the program uses few resources while running in the background. It’s the fastest way to take an easily customizable screenshot. In just two clicks, you can capture whole or part of your screen, edit it in any place, before saving it to your computer, uploading it to the cloud, or sharing it on multi-platforms. To access your screenshots, simply create an account by clicking 'sign in'. (You need a Google or Facebook account). Once you download Lightshot, just use the PrtScr key to save your screen. Press down on the mouse and voilà – SCREENSHOT. There’s no need to open the application each time. Just look for the purple feather icon at the top or bottom right-hand side of your screen. The tool provides all you need for simple, effective on-the-spot editing: hotkeys include a pen, arrow, blur and brush features, and my favorite, the rectangle! Really ideal for some instant and clear highlighting.

Another awesome feature is that by simply holding down the Ctrl key as you take the screenshot, you instantly copy the image to your clipboard. Use Ctrl+A to capture the whole screen. Paste it into Word, Paint, Photoshop etc, for more complex editing. Ctrl+S hotkey will save your screenshot as JPG, PNG or BMP. Or, click “upload” to share it with colleagues or friends, or save it on the cloud. Now cue the major negative feature.

The default setting will let you automatically upload screenshots to the cloud. Bad news. Why? The convenience of the short url comes at a sacrifice of data privacy, with anyone being able to see your image. Another drawback of this otherwise excellent software is the limited formats to store the images. Lightshot can only capture static images and does not support video. You may experience trouble changing language; be prepared to possibly reload the page with /en to get the right language.

How To Use Lightshot 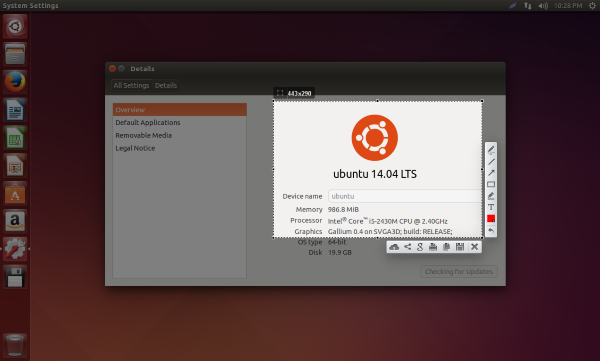 Lightshot is a multiplatform tool. It is available for Windows or Mac, and can operate on various browsers—Chrome, Firefox, IE, and Opera. Lightshot Chrome will work with Chrome OS or any other OS capable of running chrome. There is no Lightshot app specifically for Linux, but you can run it using Wine. It has also tested compatible with Ubuntu Linux. A mobile version of Lightshot is also available for android and iOS phones. While it is running in the background of your computer, the app will hide in your bar, with a feather-like icon.

Lightshot isn’t the only screenshot tool in town. Puush is a highly rated screenshot app with one hotkey combo that allows for instant, linkable screenshots. Simple but effective. Greenshot is a much-lauded app for instantly capturing images, but it cannot match Lightshot’s ability to preset the capture window size. ShareX offers itself up as a great alternative, being popular among gamers due to its ability to screenshot games and provide custom domains. Of course, before you even download an app, you can enjoy built-in features to do the job for you: the PrtScr in combination with Ctrl + Alt will allow you to screenshot everything or just the active monitor or window. As a free open source software that is surprisingly light given the features, ShareX is an impressive tool. However, at the end of the day, with its easily-located purple brush, and instant sharing, Lightshot wins on the user-friendly front.

For quick and easy image capture, and instant editing and sharing for work or pleasure, Lightshot is probably the best screenshot app on the market. Sure, ShareX has more features, or the preinstalled Windows Snipping Tools does the job, but Lightshot beats the others for its ease of use. 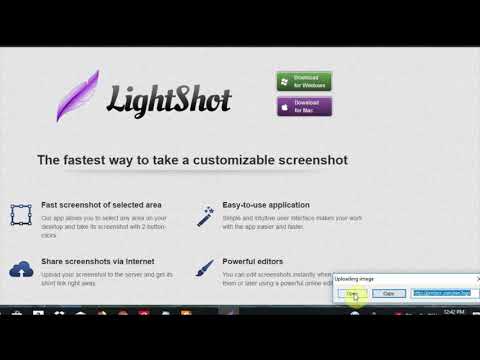 Yes, but whether or not Lightshot is the screenshot app for you depends on what you need. For basic screenshots, use the built-in screenshot tool on your computer or laptop. For complex editing, check out the alternatives. For simple editing and instant sharing however, take advantage of Lightshot. The essential hot keys provide all you need for effective highlighting, and it is ultralight to run. What’s the catch? The unsecured short urls are a privacy issue (it would be great if they added a 'blur' feature allowing you to anonymize sections of your screenshot before uploading it).For easily edited screenshots, Lightshot is worth a shot!