Lego Batman returns with reinforcements from the DC Universe.

Hoping to build upon the huge popularity and success of Lego Batman: The Video Game, as well as the other games in their Lego series, developers Traveller's Tales have pulled out all the stops, adding an expanded cast of characters from across the DC Comics universe.

Lego Batman 2: DC Super Heroes is the first game in the series to make use of voice acting and, in another first, includes an open world environment for players to explore. These new features, combined with an optional multi-player cooperative mode, ensure there is plenty to keep newcomers and experienced gamers entertained.

But how does it really stack up in comparison to its predecessor?

Many of the gameplay elements will be familiar to those who have played previous Lego video games, with a combination of action-adventure and puzzle elements keeping gamers on their toes. However, the open world environment offers a new level of freedom and breathes new life into the series.

New gadgets are included, with examples including a power suit for Batman and heat vision for Superman. Two-player cooperative mode returns and the second player is able to drop in and out of the game as they wish, providing superb flexibility.

Furthermore, the game has plenty of replay value, with the quest for collectables and in-game currency providing a strong incentive to return to previous levels and continue to play beyond the end of the main plot.

By featuring super heroes from the wider DC universe, Traveller's Tales have been able to include a total of 70 playable characters in the game, with Superman, Wonder Woman, Green Lantern and The Flash among the most notable. Favourites from the Batman world, such as Robin and Batgirl, also return to the all-star lineup.

The game's storyline spans from Gotham City to Metropolis and begins with Lex Luthor breaking The Joker out of Arkham Asylum. Combining excellent storytelling with classic Lego humour, it goes on to involve The Justice League and an array of recognisable villains, like Two-Face, Penguin, The Riddler and Harley Quinn.

Although the central storyline can be completed fairly quickly, taking around eight hours, there are plenty of distractions along the way to extend this.

The inclusion of an open world for exploration and various other new features are extremely successful in rejuvenating the Lego video game franchise and are certainly welcome overall. However, their inclusion does mean that the game suffers from occasional growing pains.

For instance, the map does not allow players to zoom in and accurately locate unlockables, which can be a frustrating experience at times. Meanwhile, the auto save function is not the best and may take a little bit of time for the player to familiarise themselves with.

Yet, it is important to stress that none of these issues crop up too frequently and they do little to detract from what is an otherwise excellent gaming experience and a great addition to the Lego collection. 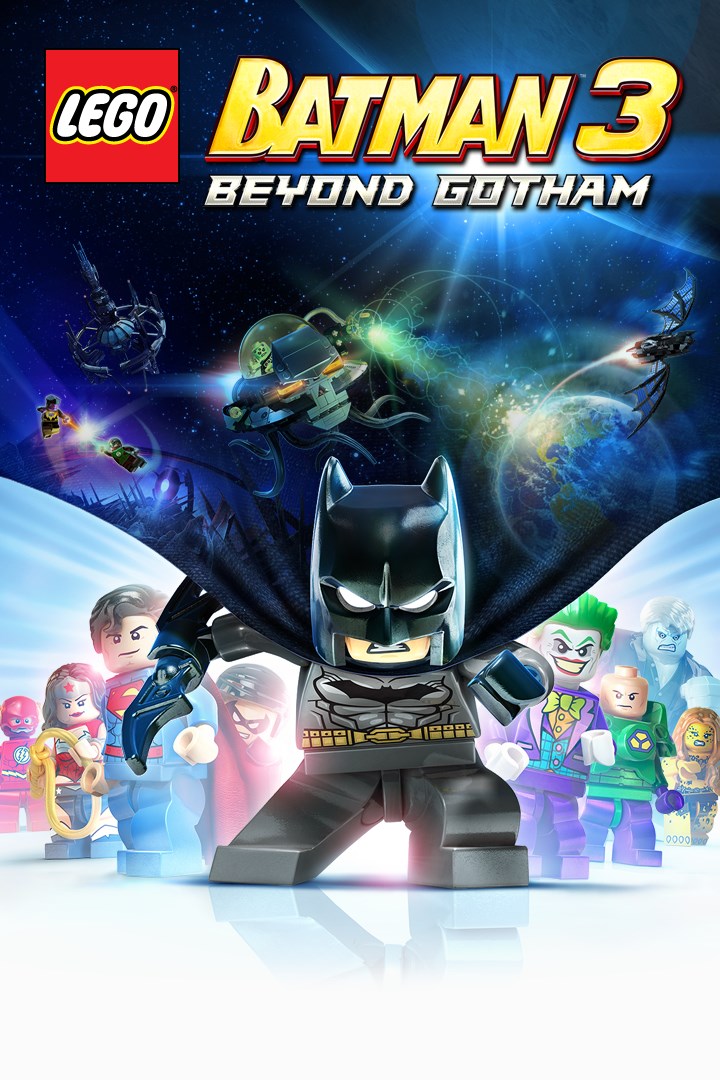 Are you ready for the Mac OS X version of the console game, LEGO Batman 2: DC Super Heroes from Feral Interactive? This game is based on the DC comics Super Heroes world (AKA the Justice League in the Comics and movie world). This game centers around the super heroes Batman and Robin as they combat a series of “super” villains lead by the Joker. Gameplay includes running around the nicely rendered areas, making points by collecting game pips of various values, solving puzzles necessary to find important items, defeating important criminals, and figuring out how to move into the more difficult areas of the level. You will find yourself constantly hopping, running, and jumping, as you chase criminals and smash all types of things, in this fast action game.

While this particular version of the series centers on the Dynamic Duo of Batman and Robin, other super heroes of the Justice League will show up from time to time. Also, a villain from the Super Man stories, Lex Luthor, plays an important role. As Batman, you will have to deal with re-capturing just about every villain that that Batman has ever gone up against, after they escape their prison. Each villain has his or her own special ability that you need to figure how to overcome, as well as a large number of flunkies trying to keep Batman away.

If you have played any LEGO game before, you will be familiar with the method of play. You run your characters through an area populated with objects and people created from LEGO pieces. Many of the objects and people in this environment can be attacked and broken into their pieces, which release a variety of pips you collect for points. Higher value pips are often placed in areas of the screen that are hard to reach or difficult to see. When you fight a bad guy, they often drop hearts, which can be collected to replenish the four hearts (think lives) each character has. The character loses a heart if they “die”. Death occurs when you are defeated by a baddie, or you manage to kill your character by falling too far, jumping into a dangerous area, accidentally punching them, or otherwise breaking them up. Additional hearts are purchased automatically from the points you collect as you run about the world.

As you explore the spaces in this game world, be on the look out for other special objects to collect. First there are the standard gold LEGO pieces, which are often well hidden. Then, in this game, a special Bat-piece. Also, true to the Batman genre, there are the citizens in trouble to locate and save. Listen, and you’ll be sure to hear a “Help!!! Help me!!!” now and again. Save these citizens for extra points and a special award. I enjoy the fact that there is an aspect of this game that rewards exploration!

There are two ways to play the game: a story driven mode that you move through, and free play mode that opens in each area once you have completed it in the story driven aspect. As you follow the story, villains that were broken out of incarceration need to be defeated and brought back to justice. You find them in a variety of different areas such as amusement parks, a dock side area, picture gallery, theatre, and annoying maze filled with traps and monsters, and so forth.

The dynamic duo have a number of useful tools that can be used to move through and battle in these areas. Of course, there are fists and the highly useful multi-targeting “Batarangs,” not to mention grappling hooks to get to those places out of the typical jumping range. Then there are the special suits that provide either Batman or Robin special abilities. They have to be found, which leads to another aspect of game play.

Some objects that are broken into LEGO pieces can be rebuilt into other useful things. Often the object built is needed to interact with the environment in some way, such as opening a door, releasing an area that can be grappled, or some other useful function. But most important are the Bat-staging areas, that provide a suit that either Batman or Robin can wear, providing them with special abilities. A few I found include a “sensor-suit” that gives Batman the ability to become invisible and to use “X-ray” vision to see into objects, an acrobat suit that lets Robin jump extra far and provides a baton with some valuable properties, and a power suit that makes Batman very strong and allows him to shoot missiles at harder to break objects. The pieces needed to build the staging areas are found in the levels where a particular suit is needed, and must be located before the level can be completed.