TextEdit (the default text editor in Mac OS X) is NOT a programming text editor, as it lacks features like syntax highlighting. I strongly suggest you install a programming text editor. To use TextEdit to write source file, you need to open a new file ⇒ choose 'Format' ⇒ 'Make Plain Text'. Official text editor of the GNOME desktop environment. Has syntax highlighting and is suitable for programming, with support for several languages. It is extensible with plugins. Free; Open Source; Mac OS X; Windows; Linux; BSD; GNOME; OpenSolaris. Apache/2.4.41 (Unix) Server at ftp.acc.umu.se Port 80ftp.acc.umu.se Port 80. Gedit is an open-source text editor. The first goal of gedit is to be easy to use, with a simple interface by default. More advanced features are available by enabling plugins. Gedit is the official text editor of the GNOME desktop environment, so it is installed by default with many Linux distributions. Gedit is a simple yet powerful text editor that employs a minimalist design and is equipped with a multitude of helpful features. The gedit application can be used for writing notes or articles.

If you’re reading this through planet GNOME, you’ll probably remember Ignacio talking about gedit 3 for windows. The windows port has always been difficult to maintain, especially due to gedit and its dependencies being a fast moving target, as well as the harsh build environment. Having seen his awesome work on such a difficult platform, I felt pretty bad about the general state of the OS X port of gedit.

The last released version for OS X was gedit 3.4, which is already pretty old by now. Even though developing on OS X (it being Unix/BSD based) is easier than Windows (for gedit), there is still a lot of work involved in getting an application like gedit to build. Things have definitely improved over the years though, GtkApplication has great support for OS X and things like the global menu and handling NSApp events are more integrated than they were before (we used the excellent GtkosxApplication from gtk-mac-integration though, so things were not all bad).

I spent most of the time on two things, the build environment and OS X integration.

We are still using jhbuild as before, but have automated all of the previously manual steps (such as installing and configuring jhbuild). There is a single entry point (osx/build/build) which is basically a wrapper around jhbuild (and some more). The build script downloads and installs jhbuild (if needed), configures it with the right environment for gedit, bootstraps and finally builds gedit. All of the individual phases are commands which can be invoked by build separately if needed. Importantly, whereas before we would use a jhbuild already setup by the user, we now install and configure jhbuild entirely in-tree and independently of existing jhbuild installations. This makes the entire build more reliable, independent and reproducible. We now also distribute our complete jhbuild moduleset in-tree so that we no longer rely on a possibly moving external moduleset source. This too improves build reproducibility by fixing all dependencies to specific versions. To make updating and maintaining the moduleset easier, we now have a tool which: 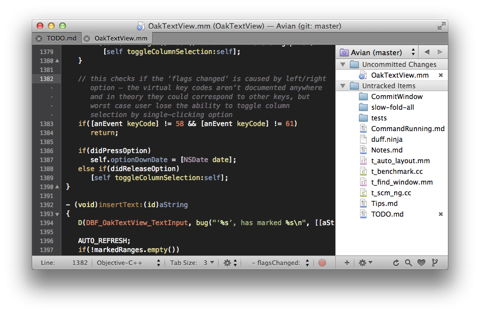 If we are satisfied with the end modulesets, we copy the new ones in-tree and commit them (including the patches), so we have a single self-contained build setup (see modulesets/). 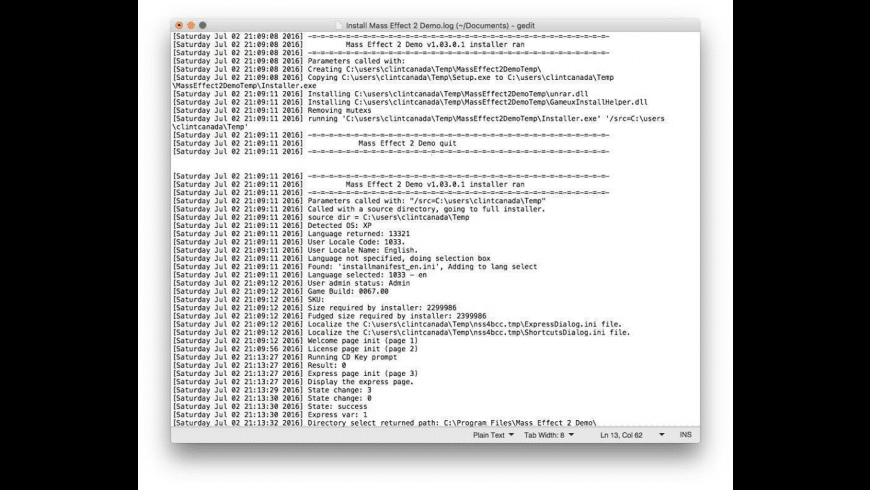 All it takes now is to run

and the all of gedit and its dependencies are built from a pristine checkout, without any user intervention. Of course, this being OS X, there are always possibilities for things to go wrong, so you might still need some jhbuild juju to get it working on your system. If you try and run into problems, please report them back. Running the build script without any commands should give you an overview of available commands.

Similar to the build script, we’ve now also unified the creation of the final app bundle and dmg. The entry point for this is osx/bundle/bundle and works in a similar way as the build script. The bundle script creates the final bundle using gtk-mac-bundler, which gets automatically installed when needed, and obtains the required files from the standard build in-tree build directory (i.e. you’ll have to run build first).

Although GtkApplication takes care of most of the OS X integration these days (the most important being the global menu), there were still quite some little issues left to fix. Some of these were in gtk+ (like the menu not showing [1], DND issues [2], font anti-aliasing issues [3] and support for the openFiles Apple event [4]), of which some have been already fixed upstream (others are pending). We’ve also pushed support for native 10.7 fullscreen windows into gtk+ [5] and enabled this in gedit (see screenshot). Others we had fixed inside gedit itself. For example, we now use native file open/save dialogs to better integrate with the file system, have better support for multiple workspaces, improved support for keeping the application running without windows, making enchant (for the spell checker) relocatable and have an Apple Spell backend, and other small improvements.

Besides all of these, you of course also get all the “normal” improvements that have gone into gedit, gtk+ etc. over the years! I think that all in all this will be the best release for OS X yet, but let it not be me to be the judge of that.

We are doing our best to release gedit 3.14 for OS X at the same time as it will be released for linux, which is in a little bit less than a month. You can download and try out gedit 3.13.91 now at:

It would be really great to have people owning a mac try this out and report bugs back to us so we can fix them (hopefully) in time for the final release. Note that Gedit 3.14 will require OS X 10.7+, we no longer support OS X 10.6.