Autodesk announced the launch of the latest versions of its popular AutoCAD computer-aided design software packages for Mac, adding a number of new features that put the release nearly equal to its Windows counterpart for the first time.
MacRumors spoke with Autodesk product manager Micah Dickerson about the new version, with Dickerson noting an emphasis on cross-platform compatibility for mixed Windows and Mac environments and highlighting a 'big four' set of features added in the 2015 version based on customer feedback:
-

Dynamic Blocks: Mac users now have the ability to create and edit Dynamic Blocks with a new streamlined yet powerful tool. With Dynamic Blocks, users can build a single block that can be used repeatedly (such as for windows or doors) and simply adjusted in size or shape dynamically rather than creating a static block for each feature.
Dynamic Blocks
- Layer States: Addressing one of the major barriers to cross-platform usage between Windows and Mac versions of AutoCAD, Mac users can now save layer information such as color, linetype and frozen/locked/off status.
- Quick Select : This feature allows users to easily select objects based on queries, including multiple selection criteria. The feature also includes a new preview function to allow the user to see what objects match the criteria before committing.
- Data Links: Users wishing to associate Excel spreadsheets with their drawings can now do so through Data Links. Changes to the spreadsheet will automatically the corresponding table in AutoCAD, making it easy to keep track of scheduling and costs on various projects.
Dickerson points out that, based on testing so far, AutoCAD for Mac 2015 appears to be the most stable and fastest version so far, while adding a number of new features and taking care of several bugs and other issues. 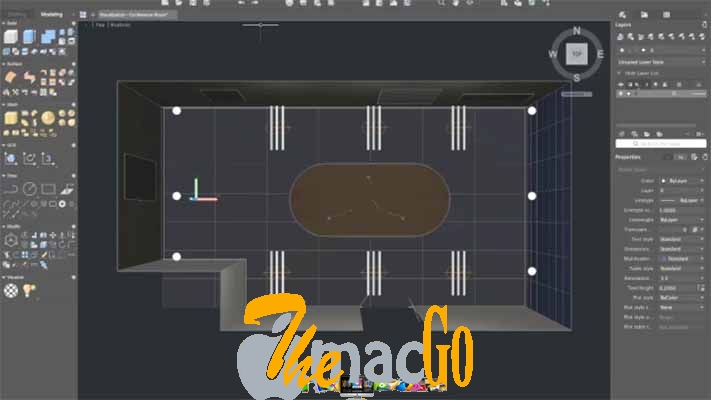 Please kindly donate to my paypal to support me for upgrading storage plan on mediafire, so i can share more free mac software for everyone. :)