Update:As of April 2016, AMD has finally released an updated Radeon Boot Camp driver for the 2015 MacBook Pro Retina 15″ and similar iMac Retina models. This updated driver fully supports Rainbow Six Siege and other new games. I recommend you use this supported driver at this time. However, the steps described below should still work if you want to make sure you have the latest and greatest unsupported driver from AMD for your Radeon R9-based Mac. Additionally, if you read the comments there are now a couple of sites that claim they have pre-packaged modified drivers available. I’ve not yet tested them, so proceed at your own risk.

Update 2:As of October 2016, AMD and Apple have yet to release an updated Radeon driver since April. I have just used the process in this article to update to version 16.9.2 of the Radeon drivers to verify it still works correctly. I wish AMD and Apple would update their official drivers more frequently, but at least we still have an option to update unofficially on our own. If you purchased a MacBook Pro Retina 15″ model this year after late May, you may have purchased the model with the AMD Radeon R9 M370X discrete graphics processor. For those of us who run Windows through Boot Camp on this Mac, keeping the graphics driver updated is a little bit of a chore. It seems that AMD (maybe at Apple’s behest?) is not supporting the Radeon R9 M370X GPU in this MacBook Pro with their standard Radeon driver updates. Instead, this GPU will only run specific Boot Camp drivers that you can download from AMD’s site or through Apple’s Software Update utility.

The last time these drivers were updated was September 21st. Now that it is early December, these drivers are a little over two months old. For most people, that really isn’t much of an issue. Unfortunately, for those of us that like to play games through Boot Camp on our Macs, these drivers are a little long in the tooth. Specifically, if you are trying to play the recent release of Rainbow Six Siege on a MacBook Pro Retina 15″ Mid-2015 model, you will have noticed significant graphical glitching as this video demonstrates:

As the video states, it turns out the fix is to simply update to the latest Radeon graphic drivers. This normally would be a no-brainer easy fix, except that I stated above we MacBook Pro Retina owners who have the AMD Radeon R9 M370X can not update our drivers past the official September 21st release. I did a lot of research and found no solutions available. This is very infuriating, as I was fairly confident that AMD’s latest release probably would work on this GPU as it was part of a family of processors that pretty much use the same drivers. It is only because AMD specifically excludes the Radeon R9 M370X GPU from their driver installer that we are left out. If there was only a way to force the drivers to install, I felt I could make it work.

To make a long story short, after some research and experimentation, I have discovered a way to unofficially update the Radeon R9 M370X driver on a MacBook Pro Retina 15″ Mid-2015 to the latest version, fixing the issue with Rainbow Six Siege. Simply follow the instructions below and if you’re in the same boat as I was, you’ll find this to be a workable life vest until AMD and Apple release their next official driver release.

A Few Words of Warning

Obviously this is procedure is completely unsupported by Apple or AMD. While I do not think this procedure should cause any significant problems for your Windows installation or your Mac, installing this unsupported driver is completely at your own risk. If your Windows operating system crashes or your Mac blows up, it’s all on you. Apple or AMD will be of no help and will likely admonish you for trying something you read on the Internet. Additionally, I’ve only tested this on Windows 10 64-bit. In theory the core of this procedure should also work for Windows 8.1, but I’ve not tested that and will likely not ever test it myself. So far in testing my Boot Camp installation and Rainbow Six Siege for a few hours, almost everything seems fine. The only issue I’ve uncovered is that the screen brightness controls don’t work. There may be some other glitches lurking, but I’ve not suffered them yet. However, for me this is an acceptable trade-off, as I pretty much only use Boot Camp to do various Windows testing and play Windows games. However, if you are not going to play Rainbow Six Siege and you otherwise have no issues with your current Boot Camp installation, I would not advise following this procedure. Just be patient and wait for the next official Boot Camp graphic driver release. 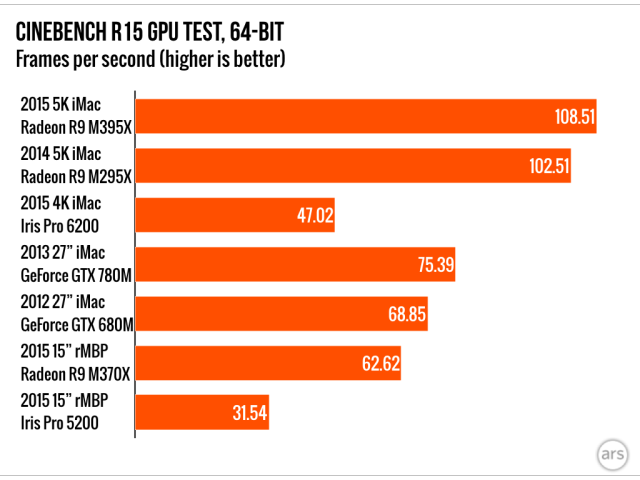 Anyway, with no further ado, here is how to unofficially update the Windows 10 64-bit Boot Camp Radeon driver in a MacBook Pro Retina 15″ Mid 2015.

You should see “AMD Radeon R9 (TM) M370X” listed. Click the Next button

You will be prompted to confirm the installation of an unsigned driver. Click “Install this driver software anyway”

The driver installation process should proceed. The screen should go blank at one point.

Once you see this, the driver has been updated to the current Radeon driver.

At this point, you can tell the driver is updated because of the (TM).

Now that the driver is updated, you should be able to run Rainbow Six Siege without the graphical glitches we had to suffer with earlier. Please be sure to keep your head down, look around those corners, and watch your teammates backs!

Hopefully this procedure helps you if you own a MacBook Pro Retina 15″ Mid-2015 with AMD Radeon R9 M370X GPU. I believe that some recent iMac owners with a similar AMD Radeon GPU may also suffer from the same problem. In theory, this general procedure should also work if we can identify which “ExcludeID” line should be commented out. For all I know, it might be the exact same line, but it is likely a different one. If you have a recent iMac with an AMD Radeon GPU, let me know if you want me to help you out. Also please comment below if this procedure helped you out!

Does anyone know where I can find the drivers for the Radeon R9 M370X, for Windows 8.a?

I have the new (mid-2015) MacBook Pro 15' with the Radeon card. I'd like to add an external display, but the drivers that installed with Boot Camp don't have the native resolution for it (3440 x 1440). The monitor manual recommended getting the proper driver for the graphics card.

I tried to find it on AMD's website, but no luck there. Can anyone help?